In 2005 Rob was commissioned to paint the cover of Never Forget – The Ultimate Collection the fifth album by Take That, released in 2005, nearly ten years after their initial split. It has sold over 2.1million copies in the UK alone since release.

The album was released on 14 November 2005. The album contains sixteen of the band’s eighteen singles, excluding their very first single, “Do What U Like”, and the internationally released “Sunday to Saturday”, as well as three exclusive bonus recordings. One of the bonus recordings, “Today I’ve Lost You”, was recorded especially for the album after it was originally scrapped in 1995. “Relight My Fire” was exclusively remixed, and was due to be issued as a single to promote the release of the album. However, the single was withdrawn just two days before its initial release date. The album sold 90,000 copies in its first week, peaking on the UK Albums Charts at #2. The album has been certified as 3× Platinum in the UK. The album has currently spent 271 weeks on the UK Top 100 Albums chart. 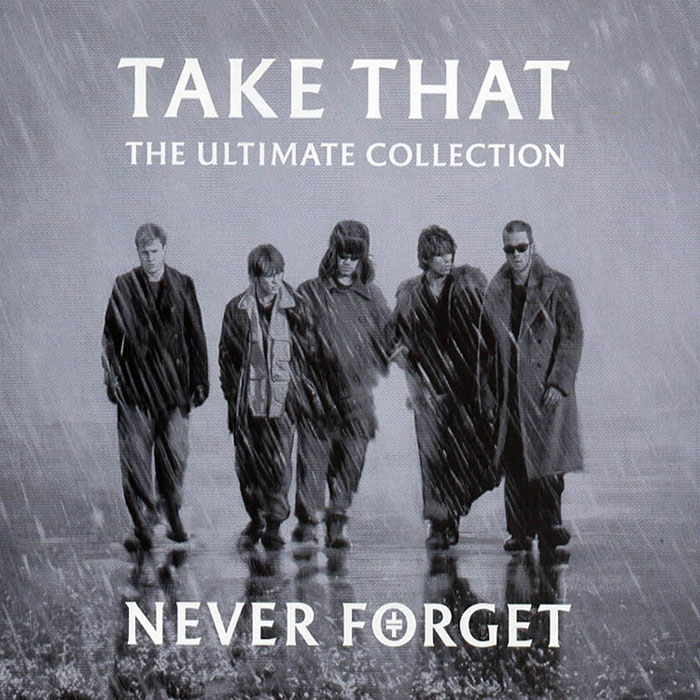