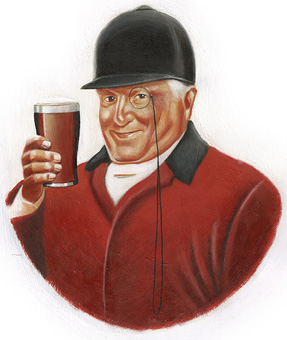 Carlsberg UK ramped up its support for Tetley bitter, with the reintroduction of the world famous Tetley’s Huntsman at the heart of its plans.

The Huntsman will appear on all marketing material when the new marketing campaign kicks off later this year, from point of sale, to pump clips, to glassware, supported by a range of media and promotional activity.

For well over 50 years the Tetley’s Huntsman was the figurehead for Britain’s favourite cask beer, although it had become much less of a focus for the beer in recent years.